Path of Diablo requires both "Diablo II" and "Diablo II: Lord of Destruction" expansion (in English). Learn how to download and install the game by viewing the video above.

Make sure you download Diablo II and Diablo II Lord of Destruction (in English) and install both before proceeding:

1. Download the Path of Diablo Launcher installation file linked below.

2. Select your Diablo II installation folder before clicking next. This step is crucial.

What is Path of Diablo?

This Diablo II community server has one main goal: Increase build diversity and replayability with as few changes to the original experience as possible. Ladders happen every four to five months and always includes a content & balance patch which helps keep the game fresh and exciting. This Diablo 2 project has been online for over 5 years and has garnered the largest online playerbase.

Underutilized skills have been modified and rebalanced so that more builds are viable.

Some skills simply had their damage changed to scale better in Hell difficulty, while others have been redone or replaced when a damage increase was not enough.

Every ladder, new changes are introduced to allow more potential builds to exist which gives returning players the ability to experience the game in a new way. This keeps the game fresh which is why players always come back each season.

In the original game, many unique items are sold to Charsi because they’re too weak and uninteresting. Every patch some of these uniques are reworked to make them interesting and build enabling.

Sometimes adding a single new stat line can suffice. Other times, entirely new stats are created just for that item.

New skills have been added to expand each character’s build options. These skills can significantly change the way a character is built; requiring different items and playstyles.

The new charm inventory allows players to pick up more items without sacrificing their character’s power. The stash has also been doubled in size so you can store more items than before. Furthermore, games become permanent after 30 seconds instead of 5 minutes; which means transfering gear to mule characters is painless. 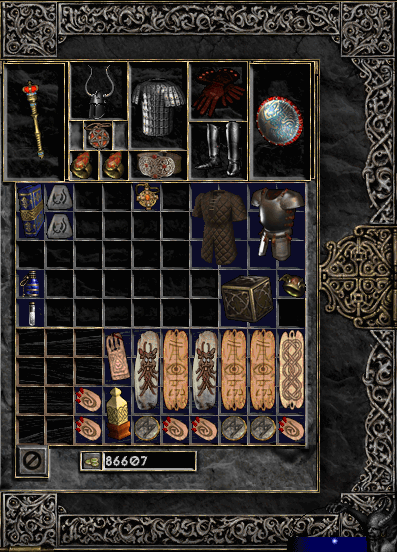 Transferring items to and from the stash or cube can be done easily by control-clicking items. You can even drop items to the ground in a single click. This greatly reduces time spent on inventory management.

You now have the ability to inspect another player's character to see its equipped gear. We've also added the ability to automatically send a party invitation to those who join your game.
Online Features 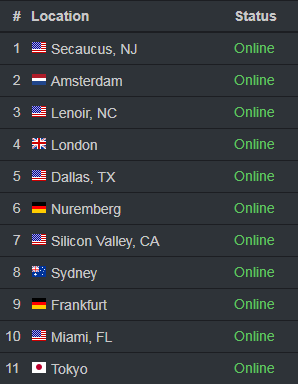 Path of Diablo is an international server that allows all our players from around the world to trade, play and compete together but without high latency. This is achieved by keeping all players on one single realm and ladder, while also allowing them to create their games on one of our 28+ servers around the world.

A big part of Path of Diablo is the community. You can speak in the global chat with all other players on the realm regardless of the game you are in. You can even talk on global chat from our Discord.